A veteran journalist has recalled his time as a trainee reporter in the 1960s in a new book.

John Phillpott has written of the four years he spent at the Rugby Advertiser in ‘Go and Make the Tea, Boy!’.

The book, John’s third will be published later this month.

John joined the Advertiser, his hometown paper, after leaving school aged 16 – attending everything from fatal road crashes to budgerigar shows. 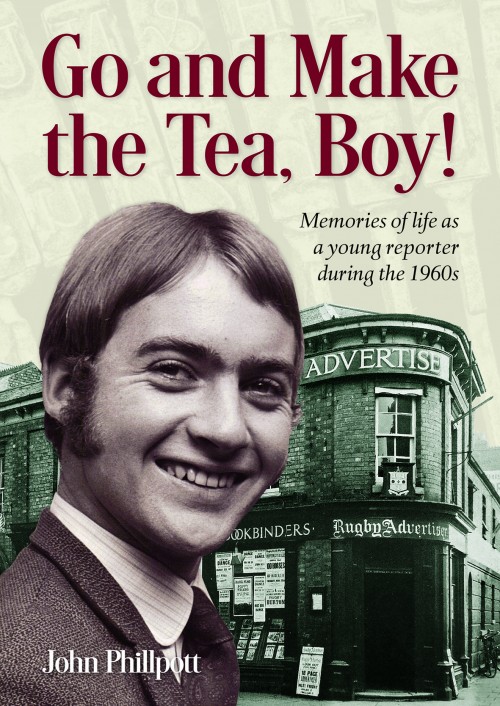 He said: “We were the baby boomers, the offspring of the war generation. With no more continental fields in which to die, and with the jobs falling out of trees, this was a time when the unstoppable force of a new-found meritocracy would sweep away notions of class and the privilege personified by an increasingly moth-eaten old school tie.

“By the middle of the decade, the new rules were firmly in place. It was no longer a case of who you knew but what you could do.

“It was also a time before political correctness and obsessions with ‘wellbeing’ and health and safety had sanitised newsrooms, when rows between individuals were sorted out amicably with a shake of the hands instead of by Star Chamber trials as they are now.”

The book, published by Brewin Books, will be available from 17 July and is priced at £9.95.