The Impartial Reporter and the Glasgow Times have both been shortlisted for the Regional Media prize at the forthcoming Amnesty Media Awards.

The Enniskillen-based Reporter has been nominated for its investigation into historic child sex abuse in County Fermanagh.

Allegations have been made about more than 70 people dating back many decades, and the Police Service of Northern Ireland has made arrests over the issue after dozens of alleged victims came forward to the Reporter last year. 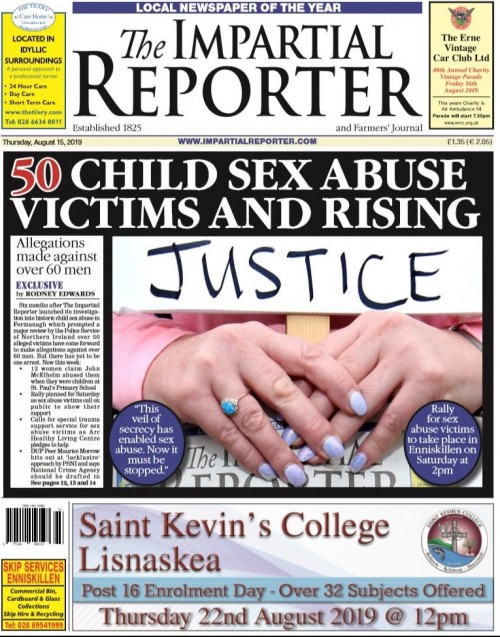 The Times has won its place on the shortlist for its coverage of Glasgow’s homelessness crisis.

The Newsquest titles face competition in the category from HuffPost UK and The Ferret for ‘Just Surviving: A Decade Of Austerity In Scotland’ and ITV Border for ‘Syrian Stories’.

A total of 11 categories are up for grabs.

The winners of this year’s awards will be announced at an awards ceremony at BFI Southbank in central London on Wednesday 22 April, hosted by television presenter Naga Munchetty.