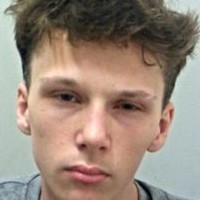 Rival news titles have succeeded in naming a teenage murderer after getting “redundant” reporting restrictions lifted.

Lancs Live and the Lancashire Telegraph successfully convinced a judge to allow them to name Rocky Price after filing applications along with the BBC and PA.

Price, 17, was found guilty of murdering mother-of-two Lindsay Birbeck after attacking her while “on the prowl” for lone women in woods near Accrington.

The application was filed after Price, who was 16 at the time of the crime, was found guilty at Preston Crown Court.

The press application stated: “We submit the balancing exercise should be in our favour. To a certain extent the identity of the defendant is already in the public domain after the release of a CCTV clip by the police.

“Our default position is that publishing names and addresses is part of the principle of open justice.

“Issues of families fears over reprisals or public outcry over defendants could be a familiar complaint across the land whatever their age.”

Price, who turns 18 in February, had been protected under Section 45 of the Youth Justice and Criminal Evidence Act.

The application had been opposed by Mark Stuart, defending, who told the court: “[Price] is in a young offenders institute and is a category A prisoner.

“While some inmates may have some inkling what the position is, the concern is if he is named there is a significant prospect others would find out his name and that could cause him some difficulties.

“There is certainly a potential that those in custody may feel a degree of revulsion about what he has done and may even verbally or physically abuse him.

“It may be difficult for him to respond and report it to the appropriate authorities. The effect of revealing his name will also have an effect on various members of his family.”

But Mr Stuart’s argument was dismissed by Her Honour Mrs Justice Yip, who praised the journalists present for their “very responsible reporting” of the case.

Lifting the order, she said: “The murder was a truly shocking event. This was a dreadful crime which generated strong public interest.

“The public naturally wish to know who this person was as they come to terms with something that rocked the local community.

“The defendant’s photograph was already placed in the public domain [as part of a CCTV appeal]. I consider it inconceivable anybody who would wish him ill-harm would not discover his identity.

“The wider public are likely to want to know his identity and background with a view to making sense of how such a young person could do something so dreadful.

“There is a strong public interest in full and unrestricted reporting of what is plainly an exceptional case. The real public interest exists now at the time of conviction and sentence.

“Continuing reporting restrictions would substantially and considerably restrict the freedom of the press.”

The naked body of teaching assistant Ms Birbeck, 47, was found wrapped up in two plastic bags in shallow grace on 24 August last year, 12 days after her family reported her missing.

Price admitted to assisting in the disposal of her body but claimed he played no role in her death, saying he was offered “a lot of money’ by an unknown man to ‘get rid of the body”.

Jurors took less than three hours to unanimously find him guilty of murder.

Lancs Live editor Luke Beardsworth told HTFP: “The murder of Lindsay Birbeck was a horrific crime that first brought a community together then left it in shock.

“Once the defendant was found guilty, it was inevitable that people in that community were going to know who the name and many already did.

“Lancs Live has been following this from taking part in the searches for Lindsay last year to this decision by the judge and it’s right and proper that this decision was made after the applications from ourselves, BBC, PA and the Lancashire Telegraph. Both Jon Macpherson and Amy Farnworth have done exceptional work in keeping that community updated.

“The presence of online court listings and visibility of his name at Preston Crown Court in previous hearings had rendered the reporting restrictions redundant by the time the trial was over.

“None of this is more important than the need for the family to be given the time to grieve for Lindsay. Our thoughts and best wishes go out to Steven, Sarah and all of her loved ones.”