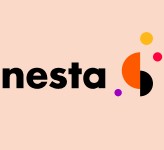 Some individual regional press stories which appear behind paywalls are generating more revenue than digital advertising, a new report has claimed.

A report into the government’s Future News Pilot Fund has revealed the results of a trial which helped four weekly newspapers develop paywall systems using a grant from the £2m fund launched by the Department for Digital, Culture, Media & Sport.

As reported in February, a grant from the fund was given to help the Maidenhead Advertiser, Slough Express, Windsor Express and Barnsley Chronicle develop their use of Axate’s ‘digital wallet’ system, which allows readers to pay to access individual stories without having to subscribe.

Now innovation foundation Nesta, which administered the project, has claimed the Axate system had the “potential to surpass advertising revenue” in its findings from the trial.

In its report into the results of the project, Nesta said: “Even at this early stage, some articles generated a higher gross revenue via Axate payments than they would have generated through digital advertising using average industry rates.”

The report also found some readers opted to start paying, despite having the option not to, and publishers did not receive any negative feedback about the implementation of the scheme.

Nesta added: “It is clear from this work that an easy-to-use payment system, and an overlapping market of paying readers, opens up the prospect of reader revenues to a far wider group of publishers than a subscription model.

“Whether and when this will enable public interest news publishers to generate a significant proportion of their income through these kinds of casual payments is a function of their product as much as the way of paying for it, but Axate’s project shows that reducing the barriers to payment can significantly increase access to a reader revenue stream, with the potential to surpass advertising revenue relatively early.

“If it does work at scale, the potential impact of this shift is significant in terms of enabling publishers to focus existing resources on producing content that readers want to read and enjoy supporting, rather than content that advertisers require for page views in order to generate advertising impressions.”