Journalist retires from frontline reporting after almost half a century 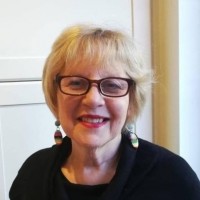 A regional journalist has announced her retirement from frontline news reporting after almost 50 years.

Angela Singer, pictured, is stepping down from writing general news for the Saffron Walden Reporter and the Dunmow Broadcast.

Angela won’t be stepping back from the industry entirely as she plans to return as a theatre critic.

She told the Reporter: “I am stepping down from writing general news for the Saffron Walden Reporter and the Dunmow Broadcast but when the theatres open again, I hope I can still review the plays.

“I have been a critic in East Anglia for 27 years and when the curtain goes up again, I will be the most delighted person in the audience.”

While at the Yorkshire Post, Angela won an award for helping an adopted woman find her birth mother, before adopted people were allowed to see their original birth certificates or know their original names.

Looking back at that story, she said: “I broke the law for that story but then the law changed.” In 1976 The Children’s Act allowed adoptees to know their origins.”

Writing for The Guardian, she won the first national award for reporting on health and safety at work and was at the forefront of the campaign to protect workers from deadly asbestos.

Angela left national journalism in 1984 to raise a family and returned to local papers in the 1990s, joining Archant in 2001.

She was deputy editor of The Hunts Post in 2005 when it won the Newspaper Society’s Best Free Paper of the Year.

Angela added: “I have loved my career. All I ever wanted to do was to talk to people and write about them.

“I continue to marvel at what people can achieve. It hasn’t been a job, it’s been a privilege.”