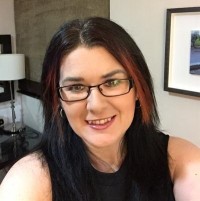 Reporters have been urged not to include the locations of suicides in stories in new guidance produced by two journalism trainers.

The guidance has been published in the Suicide Reporting Toolkit, a new resource for journalists and journalism trainers offering advice on covering the issue.

The resource had been created by Bournemouth University’s Dr Ann Luce, pictured, and Dr Sallyanne Duncan, of the University of Strathclyde.

“The inclusion of location can provide information for vulnerable people to copy.”

In 2018, the Independent Press Standards Organisation sought views on whether reporting someone’s place of death could constitute part of their method of suicide, something which journalists are told not to report on “in excessive detail” under the Editors’ Code of Practice.

But the following year, the press watchdog backed Teesside Live after a mother complained about the website’s decision to report the name of a viaduct, mentioned in inquest evidence, from which her 17-year-old daughter had fallen to her death.

“Our journalism has the potential to cause harm to vulnerable people if we do not report suicide responsibly and ethically.

“This new toolkit offers practical resources for both journalists and journalism educators to make sure we do just that.”

The Suicide Reporting Toolkit can be found here.