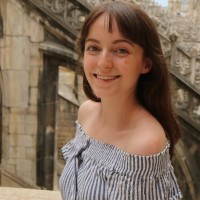 A journalism student has emulated her classmate in landing a national scoop as part of an assignment set at her university.

Aoife Morgan, who studies at the University of Portsmouth, ran an investigation into police informants and hit regional and national headlines as a result.

Third-year Aoife, pictured, was tasked by tutor Paul Foster with following up responses to his Freedom of Information requests on the subject of how much each police force spent on paying informants.

She subsequently analysed the responses and discovered the total cost was £13m over five years, with the Metropolitan Police topping the list, and also tracked down a former undercover police officer to discuss the issue.

The resulting story was sent to the investigation units of JPIMedia and Newsquest and appeared in The Scotsman, Daily Record, Scottish Sun and Daily Mirror, while localised versions were published in Yorkshire Evening Post, Swindon Advertiser and Wigan Post, among others.

HTFP reported last week how Aoife’s Portsmouth classmate Eloise Hill had also had her story about the ‘Sarah’s Law’ scheme picked up by regional and national titles.

Said Paul: “This exercise demonstrates to the students how a simple idea and Freedom of Information request can achieve widespread coverage.

“Aoife did well to analyse a large amount of data and find a source to give an expert view on the issue.’

Aoife added: “I am delighted that my story has done well and is published in so many outlets. It was really exciting to work on such an interesting piece.”