A regional daily’s former crime reporter has left the newspaper to retrain as a police officer.

Jack Maguire has said farewell to the Jersey Evening Post after almost six years to take up a new career with the island’s police force.

He was deputy news editor at the time of his departure last month, but had previously covered crime for the title.

Jack, pictured front and centre, has now been sworn in with 10 other new recruits at Jersey’s Royal Court by Deputy Bailiff Robert MacRae. 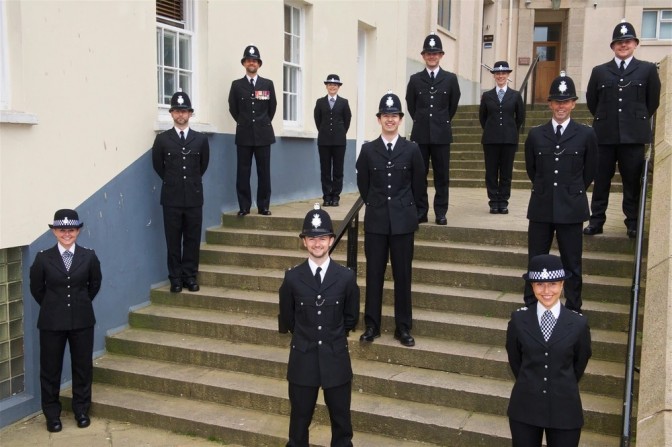 According to the JEP, Mr McRae told him: “You’re no stranger to this court, although not for being in the dock.”

Addressing all the recruits, he added: “It is marvellous that the police has attracted individuals from so many different backgrounds with a huge range of experience.

“On behalf of the court, I thank you all very much for agreeing to serve your island, particularly at what is a difficult time for the island.”

The group had been due to fly to the UK to start their training with Norfolk Constabulary, but the coronavirus pandemic means that they will now complete a reduced initial training package in Jersey.

Announcing his departure from the JEP on Twitter, Jack wrote: “I’ve retired as a journalist. If you’ve got a story, I don’t care (unless it’s really, really good).

“But it’s vital we as a society understand our locality. It’s gives us power at the polls and benefits everyone. It’s been a pleasure.”