A football club director is going up against an old employer after launching a newspaper in his hometown.

Independent title the Cheltenham Post has been launched by Mark Cuzner, associate director at Cheltenham Town Football Club, along with an anonymous business partner.

The free Post, which has a print run of 10,000, is initially being published fortnightly with a view to moving weekly.

Mark previously worked in display advertising for the Gloucestershire Echo, which covers Cheltenham, and Gloucester paper The Citizen. 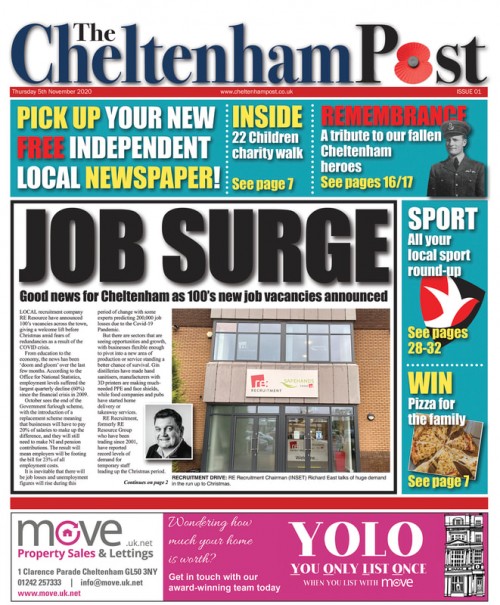 He later set up Cotswold Style and The Cheltonian magazines.

The Post will cover news, sport and leisure, among other things, with a number of freelance contributors, including a court reporter, contributing content.

Speaking to HTFP, Mark said: “I’ve been absolutely overwhelmed with the response, especially from advertisers.

“I have a lot of friends in the town who support the paper but I’ve had people ringing in too and that the response has been great.

“I was worried about putting it out with this lockdown in the background but people like the paper and want to support the paper.”

Mark added he would “love to” take on editorial staff in the future.

He said: “We can’t do it all ourselves so I will employ people.

“Once I get some money and revenue comes in I’d love to take people on.”