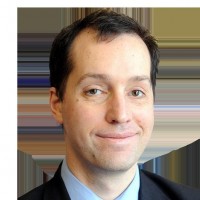 A regional daily journalist has written of his longing for a return to office life in a column for the newspaper.

Carlisle News & Star features writer Stephen Blease has written about the importance of offices – both for journalists and others working in different industries.

In his column, he noted offices are particularly beneficial for younger employees of organisations.

Stephen, pictured, described how he “longed for a return” to an office, having “wanted to work in one since I was at primary school”.

He wrote: “Younger employees in particular need an office. You learn a lot there, from observing or questioning older, more experienced colleagues. At least I certainly did.

“You’re more likely to receive encouraging praise or constructive advice from a co-worker if they can speak to you, rather than be bothered to put it all down in an email.

“I can’t see how any sense of solidarity or co-operation can be fostered among a team who never see each other in the flesh. Many relationships, from friendships to marriages, are formed among people who work together.

“That will never happen in future if you don’t get to know your co-workers. Younger people often live in smaller properties or share flats or houses, and such an environment is far from ideal for home working.

“And those who live alone, with friends and family far off, may find the only people they speak to on a typical weekday are the people they work with. It can’t be good for your mental state never to speak anyone face to face and sit alone all day every day.”

Stephen went on to note how offices help people to separate their working life form their home life.

He added: “It’s unhealthy not to. And you can make your office a homely environment anyway, with few personal touches.

“My workstation bore a cartoon clipped from Private Eye years ago, of two cavemen clad in animal skins. One is showing the other a wooden club and the other is saying: ‘I don’t know, I’m something of a technophobe.’

“One Monday morning I came in to find a headline attached to my computer screen. The News of the World had run some pictures of Boyzone singer Stephen Gately taken shortly before his death, under the words: “Stephen – sober and happy.”