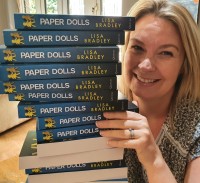 A daily newspaper editor serves as the main character in a new novel by a former regional journalist.

The novel sees Leah splash on the disappearance of a 15-year-old white girl on her first day in the job, while she opts to run a similar story about a black girl from a troubled background who is a habitual runaway on page 18.

The white girl, Hope Hooper-Smith, is found unharmed the next day, while the black girl, Tilly Bowers, is never seen or heard from again.

Sixteen years later, a TV documentary questions Leah’s decision not to give Tilly’s case immediate coverage, implying that she could have cost Tilly her life, and Leah starts receiving death threats online.

Former Wakefield Express deputy editor Lisa, pictured, who now teaches journalism at the University of Sheffield, said: “I was inspired to tackle the Missing White Woman idea after years of working in regional papers.

“Teaching journalism has given me the insight to reflect and analyse some of the decisions that are made in newsrooms on a daily basis and the far reaching impact they can have on people’s lives.” 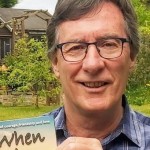 A regional journalist who became an ambulance driver has written a novel inspired by both careers.

Frank Malley’s When the Mist Clears tells the tale war correspondent, Dan Armitage, who enrols as a charity ambulance driver after suffering from post-traumatic stress disorder.

Frank, pictured, worked for the Wigan Evening Post and Chronicle before joining the Daily Express as a sports reporter in the 1980s.

He said: “The book essentially is a feelgood read, full of hope, humour and optimism, although there is also an undercurrent of crime and a dash of romance.”

Frank is donating all royalties from the book to a cancer charity providing transport for cancer patients.

A former regional journalist has written a children’s book inspired by the holidays of her youth.

Susan Brownrigg has penned Gracie Fairshaw and the Mysterious Guest, which is set in 1930s Blackpool.

Susan, pictured, worked at the Liverpool Echo’s weekly titles as a journalist and chief sub-editor for 12 years before becoming a full-time museum learning manager.

The book tells the story of the title character Gracie, whose mother goes missing after she moves to a Blackpool boarding house with her family.

Susan told her hometown newspaper the Wigan Post: “I loved visiting the [Blackpool] Tower, especially the aquarium and circus, the Illuminations, the Pleasure Beach and going for rides along the seafront on the heritage trams.

“Blackpool is a magical place with a fascinating history. When you think of the seaside you think of golden beaches, piers, sandcastles, donkey rides, sticks of rock and fish and chips. Blackpool has all this and more.” 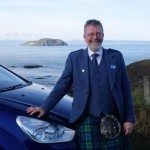 A journalist-turned-tour guide has written a book on the history of his new career.

Alasdair Northrop, a former business editor of the Manchester Evening News, spent the past 18 months researching and writing Guiding Lights: A History of the Scottish Tourist Guides Association 1959-2019.

It tells the story of the Scottish Tourist Guides Association, which celebrated its 60th anniversary last year.

Said Alasdair: “The coronavirus crisis resulted in the cancellation of all my work this year and I have used some of the time to finish off this book.

“It has been a fascinating project and I discovered there was a lot to write about.”

A journalism lecturer has written a new biography of Beatrix Potter.

Nadia Cohen, who lectures journalism at the University of Winchester, has authored the book about the Peter Rabbit author.

Entitled The Real Beatrix Potter, it is described as a “revealing biography into the lady behind the famous little white books”.

It follows similar books written by Nadia on Enid Blyton and Roald Dahl.

As well as her lecturing role,  Nadia, pictured, is editor of digital lifestyle magazine Box Ibiza. 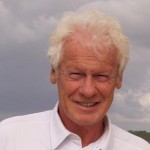 A retired journalist has charted the history of his old patch’s high street in a new book.

Peter Taylor, who worked for the Shields Gazette for more than 30 years, has written King Street: A South Shields Story about historic shopping road King Street.

It tells the story of how King Street was created to how it became the hub of the expansion of South Shields during the Victorian age and how the Second World War changed its appearance forever.

Peter told the Gazette: “King Street is really an outdoor museum with buildings that tell stories of the history of South Shields from its beginnings as an industrial town.

“I decided to try and find out more about the buildings. I spent two years doing this and the book is the result.” 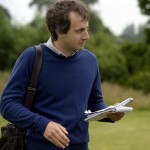 An award-winning sports reporter is to raise funds for charity after writing a book about the football club he covers.

The book will be published by Vertical Editions later this year, with a donation from each copy sold being be made to the North Cumbria Integrated Care NHS Foundation Trust’s Covid-19 appeal.

Jon, pictured, told the News & Star: “When the coronavirus led to the sudden suspension of football in March, nostalgia filled the immediate void for many supporters. It was at this time, and in this spirit, that I had the idea for Bolts From The Blues.

“I wanted to write something that captured some of the goals that got Carlisle fans off their seats – moments that were memorable for different reasons.

“As a Carlisle fan as well as a reporter on the Cumbrians, writing it has been a labour of love.”

A former editor has written a book charting investigations he carried out during his newspaper career.

Nic Outterside has penned ‘Contacts – Collusion, Cover-up, Conspiracy and Corruption’, which tells the story of 18 investigations in which he was involved.

Investigations featured in the book include a conspiracy behind the Dunblane Massacre of 1996 and the deselection of a Conservative parliamentary candidate, life threatening leaks of radiation at nuclear facilities in North Wales and Scotland, and the dumping of deadly war-time munitions in the Irish Sea.

Said Nic: “The idea for this book came to me last year while sorting through old newspaper cuttings and I suddenly realised just how many investigations I had broken over the years.

“Each of the chapters is a separate story, starting in 1990 with my exposure of deadly radioactive contamination of workers at Trawsfynydd nuclear power plant in North Wales and ending with a post retirement piece investigating the poisonings of former Russian spies Alexander Litvinenko and Sergei Skripal.”