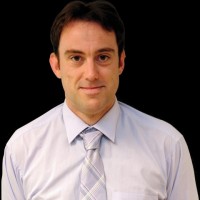 A regional daily’s chief sports writer is set to defend a national title he won last year after being shortlisted for the same award.

Neil Allen, of Portsmouth Daily The News, has been nominated for the Regional Journalist prize at the 2019 British Sports Journalism Awards after claiming the 2018 crown.

Neil, pictured, is joined on the shortlist by Jon Colman, of the Carlisle News & Star, and Mark Douglas, of Newcastle daily The Chronicle.

At last year’s awards ceremony Neil won praise for his acceptance speech in which he highlighted the value of regional sports journalism – and criticised those who fail to appreciate it.

Winners will be announced by Patrick Collins, president of organisers the Sports Journalists’ Association, at a ceremony hosted by Jim Rosenthal.

The event will be held at London’s Westminster Bridge Park Plaza Hotel on 24 February.