The press watchdog has rapped a daily newspaper which reported as fact that a banner depicting priests sexually abusing young boys had been unfurled at a football stadium.

The Independent Press Standards Organisation has upheld a complaint against the Daily Record after finding it had relied on the account of someone who was not present in the stadium at the time of the alleged incident.

The Record had reported the banner was unfurled at Ibrox, pictured below, the home of Glasgow’s Rangers Football Club, after it was told this had been the case by a member of a childhood abuse organisation.

But the allegation led to Club 1872, the second largest shareholder in the football club, to complaint to IPSO under Clause 1 (Accuracy) of the Editors’ Code of Practice. 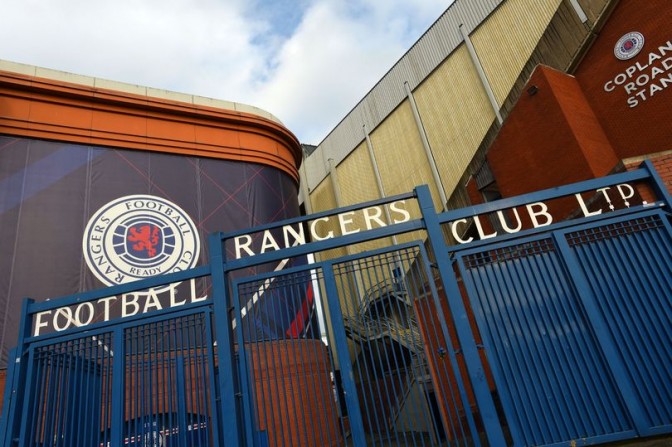 Club 1872 said the story was was inaccurate, claiming banners depicting sex acts had not appeared at Ibrox.

In response, the Glasgow-based Record provided a statement from the charity representative quoted in the story, who said that he had been sent an image via social media of a banner at Ibrox depicting a priest engaging in sexual activity with a boy.

The representative added that he was then contacted by a member of the charity’s group who said he was at the game and had seen this banner first hand at the same match.

The Record also provided a post-publication statement from one of its reporters, who attended the match in a non-professional capacity as a fan and said that a banner had been unfurled in another part of the stadium showing a caricature of a priest having sex with what appeared to be a minor.

But Club 1872 emphasised that the reporter was not an independent witness and questioned the veracity of his statement, highlighted the vagueness of his account, the fact he was unsure of the stand the banner appeared in and he had changed his position.

It added the charity representative had not seen the banner at the match first hand and was unable to substantiate the claim that the banner appeared as fact, further noting that none of the 62 journalists and 28 photographers at the game in a professional capacity had mentioned or photographed the banner.

The Record did not accept Club 1972’s’s position as a valid argument and stood by its reporter’s testimony, further claiming.

It also claimed that, because the complainant was a third party, IPSO did not have jurisdiction to examine the care that was taken or whether the publication had failed to distinguish between comment, conjecture and fact, and asked the Committee to consider whether the complaint should have been taken forward in the first instance.

By presenting the charity representative’s account as fact, IPSO found the Record had failed to take care not to publish inaccurate or misleading information.