Daily newspapers have celebrated a landmark sporting triumph on their front pages after a Trumpian rallying cry.

Glasgow’s Daily Record was among the titles to splash on the historic victory this morning.

It came 24 hours after the Record had urged the team to ‘Make Scotland Great Again’ in a tongue-in-cheek reference to the defeated US President Donald Trump. 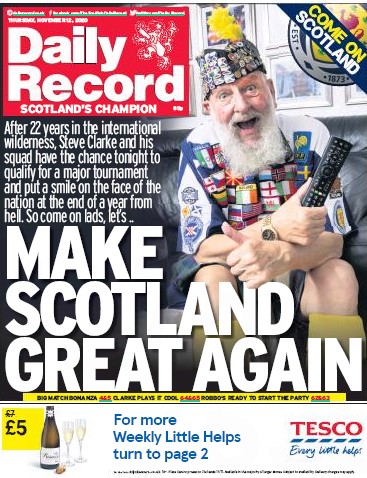 Today the Record ran with the headline ‘Were’ Back’ after the win in Belgrade. 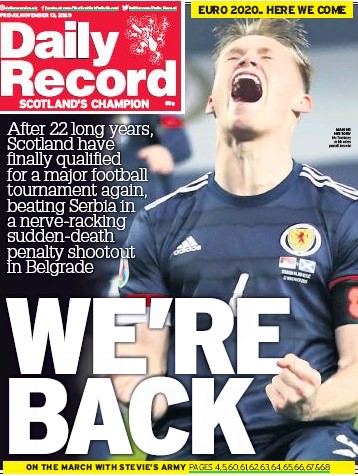 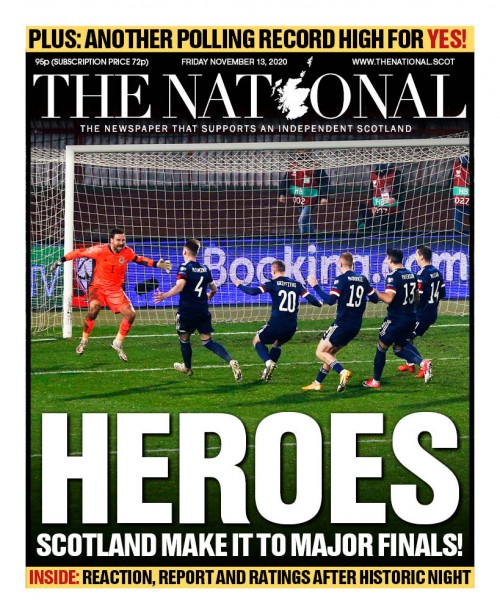 In Dundee, the Courier described the performance as ‘Bel-Grade-A’. 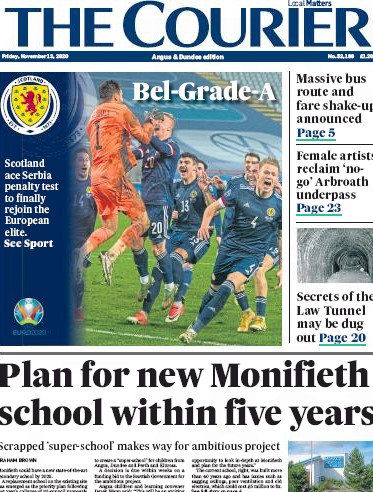 And Aberdeen’s Press & Journal said the victory had ended ’22 years of football misery’. 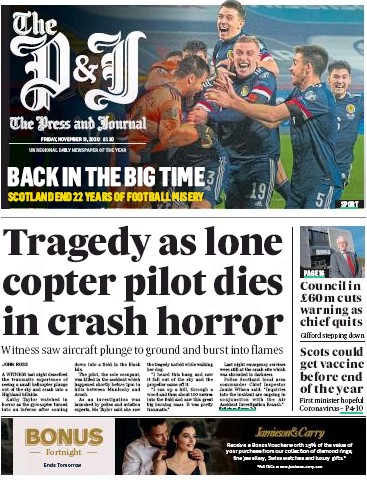