A city council is to adopt a proposed law change for which a regional daily has campaigned with a terror victim’s family.

HTFP previously reported how Figen Murray is working with the Manchester Evening News to introduce safety legislation in honour of her son Martyn Hett, one of 22 people to die in the 2017 Manchester Arena terror attack.

In September the government was said to be “on board” with the ‘Martyn’s Law’ campaign to tighten up security checks at concerts.

Now Manchester City Council has announced the principles of ‘Martyn’s Law’ are set to be enshrined into future licensing regulations. 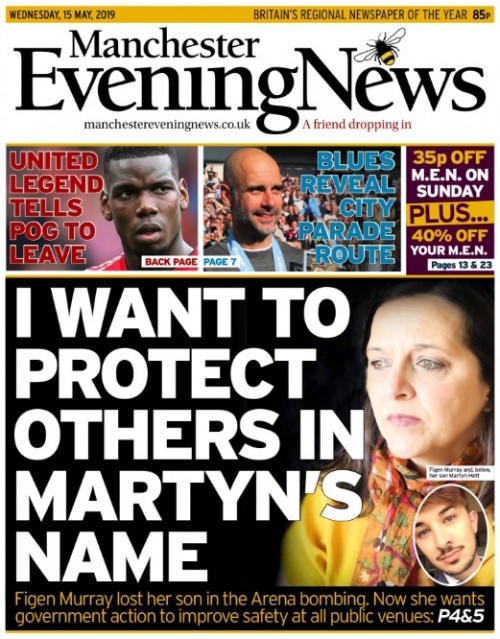 The campaign was launched in May 2019

“We’ll now continue to support Figen in her efforts to get this on the statute books and to help keep people safe across the country.”

Mrs Murray told the MEN: “I am so pleased to see that Manchester city council have embraced the principles of Martyn’s Law and are setting a brilliant example by introducing some of its principles.

“It feels like a recognition and deep respect for the bereaved families and the hundreds of injured people.

“I am certain that Martyn’s Law will save lives through the council applying simple common sense.”