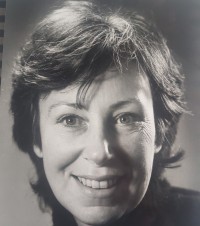 A chief reporter known as a newsroom’s “mother hen” has died aged 85.

Tributes have been held to former Crawley Observer journalist Jean Fitchew, who helped to train many young reporters in her role.

Jean, pictured, served as chief reporter at the Observer in the late 1970s and early 1980s, having joined from the East Grinstead Courier.

Former Observer reporter Phil Kerswell, who trained under Jean, told the newspaper was known as the “mother hen” who took care of a series of cub reporters.

He said: “Jean was nurturing and encouraging to her young charges.

“Passing on the basics to a gaggle of reporters, as they grew up in a world where the tools of the job were a shorthand notebook, a local street map and some telephone directories.

“The language was all about hot-metal printing, mastheads, sidebars and bylines.

“It was a long time ago, and much has changed. But Jean would be glad to see the Observer still going strong.”

Jean also served as Mother of Chapel in the local National Union of Journalists branch during her career.

Phil added: “She was also someone with an understanding of the importance of press freedom, even at this very local level.

“She knew what made a news story, and had a sense of fairness and decency in telling it, without any need for sensation.

“Rows with the local council press officer were not unusual in her quest to hold people to account.”

Jean was married to Ray and had three children – Kim, Zoe and Stewart.

A private family funeral has been held and there will be a memorial celebration in the autumn.