A newspaper bill advertising one of a regional daily’s “most memorable” stories has sold at auction for hundreds of pounds.

The poster, which features the headline ‘Fugitive sausage dog causes mayhem’, appeared in 2013 when the Jersey Evening Post covered the exploits of a dachshund called Rosie.

The dog had boarded a bus in the village of Gorey, forcing passengers to evacuate before leading pursuers on a three-hour chase. 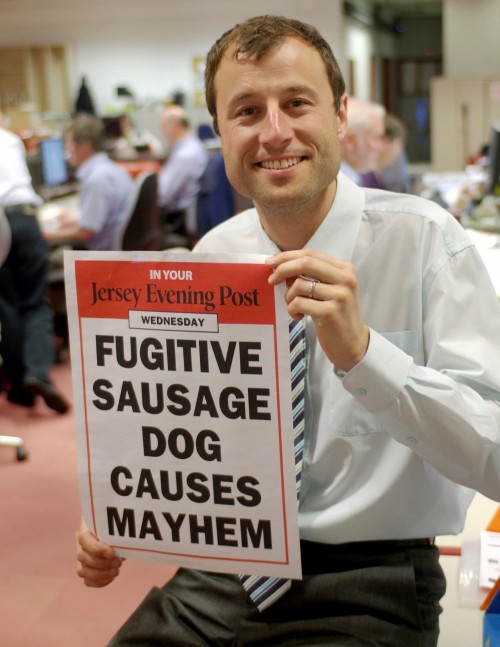 An authentic framed JEP poster advertising the hound’s escapades went up for auction on the island last week.

However, according to the JEP, the item fetched £210 when the hammer fell this week, going to a local buyer.