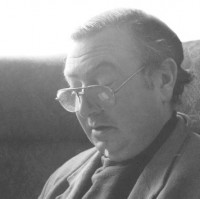 A “wonderful, witty and deeply informative” columnist who wrote for a weekly newspaper for 50 years has died aged 76.

Tributes have been paid to Stephen McKenna, left, who “educated, enlightened and entertained” readers of the Omagh-based Ulster Herald newspaper for half a century.

Stephen contributed the ‘As The Man Says’ column, named after an old saying of his grandmother’s, between September 1968 and December 2018.

Under the pseudonym Raymond Na Hatta, Stephen became of “storyteller of renown” and, according to the Herald, “was widely regarded as one of Ireland’s foremost – and enduring – local newspaper columnists”.

Herald editor Nigel McDonagh said: “Stephen was a wonderful, witty and deeply informative columnist who made such an important contribution to our community and local life. For over 50 years he kept educated, amused and inspired in equal measure.

“We are all deeply saddened by Stephen’s passing, but also extremely honoured that he has left behind such a rich legacy of work in the archives of our newspaper that can be enjoyed by future generations.”

Born and raised in Omagh, one of Stephen’s favourite anecdotes was reassuring George Harrison’s mother that he and his band were “likely to make it” when she expressed concern over whether her son was “doing the right thing” by getting involved in the music business.

The exchange occurred in 1963 when Stephen met The Beatles prior to a concert in Dublin and, as a student at Queen’s University Belfast at the time, he and two others travelled south in what proved to be an unsuccessful attempt to persuade the band to perform at Queen’s.

Stephen’s last column was his annual Christmas quiz which was published at the end of December, and earlier this year confirmed he was no longer able to submit his column due to illness.

He delivered it hand-written right until the end, never missing a week in those 50 years until late last year when his health issues materialised.

A special seven-page tribute appeared the Herald, featuring a selection of content and jokes chosen from each of the column’s 50 years.