A weekly newspaper has marked it return to a town centre office by brewing its own beer.

The Rotherham Advertiser has teamed up with the Chantry Brewery to create Tiser Ale.

HTFP reported in October how the Advertiser had moved into a new headquarters in Upper Millgate, having moved away from Rotherham town centre in the 1980s.

Readers have been given a chance to enjoy a free pint of the new ale in two pubs with vouchers found in copies of the paper. 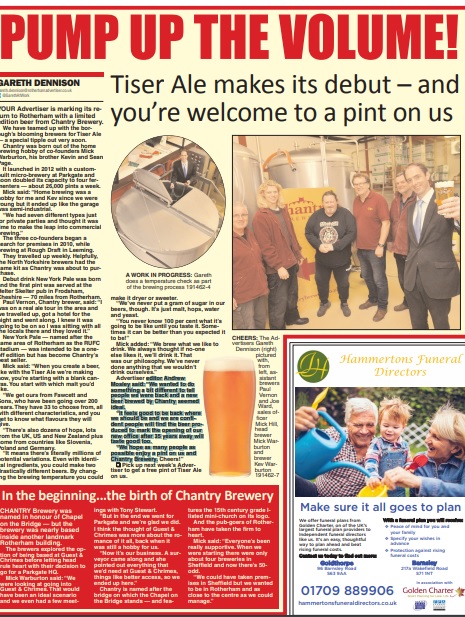 Editor Andrew Mosley said: “We wanted to do something a bit different to tell people we were back and a new beer brewed by Chantry seemed ideal.

“It feels good to be back where we should be and we are confident people will find the beer produced to mark the opening of our new office after 35 years away will taste good too.

“We hope as many people as possible enjoy a pint on us and Chantry Brewery.”