The press watchdog has rapped a regional daily for wrongly reporting thousands of people had taken part in a protest march.

The Independent Press Standards Organisation has upheld a complaint against Aberdeen daily the Press & Journal over its coverage of a march for Scottish independence, attended by an estimated 12,000 people.

The story also covered a smaller pro-Union counter-demonstration, along with a photograph captioned ‘Around 2,500 pro-Union supporters turned out for a counter-rally’, while a Unionist group was reported as having estimated that only 2,563 pro-independence marchers had attended the event, rather than 12,000.

However, it later emerged that only around 40 to 60 people had actually attended the pro-Union rally. 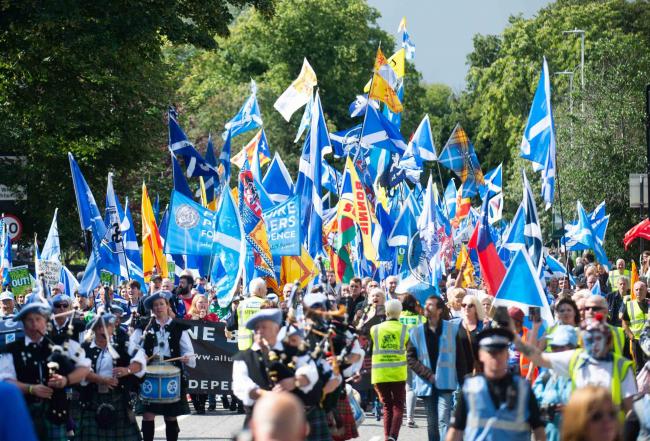 The story prompted Valerie MacKenzie, who attended the pro-independence march, to complain under Clause 1 (Accuracy) of the Editors’ Code of Practice, claiming number of pro-Union counter-demonstrators was around 30 and accusing the Press & Journal of having a pro-Union bias.

She was also concerned the Unionist group had been given a platform as she disagreed with its views.

The P&J accepted that the photo caption was inaccurate and said it was due to human error, namely the mistaking of the pro-Union group’s estimate of the independence march for an estimate of the group’s own counter-demonstration.

It denied the inaccuracy was significant, and said that because it had accurately presented the source and context of the 2,500 figure the incorrect status of the caption would be clear to most readers.

The newspaper published two subsequent clarifications, noting it had wrongly stated that “around 2,500” pro-Union supporters had attended the rally and then reporting the actual numbers were estimated to be around 40 to 60 after establishing a formal estimate.

IPSO found the initial mistake represented a failure to take care not to publish inaccurate information, and that it was a significant inaccuracy due to the large difference between the reported and actual figure.

The complainant’s concern that the publication had given the Unionist group she disagreed with a platform did not engage the terms of the Code, while IPSO welcomed the fact that the publication, on receiving the estimate of the number of counter protestors, had published a second correction to make this clear.