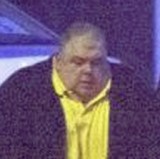 A daily newspaper has been rapped by the press watchdog after reporting that police had “swooped” on the office of a man it had dubbed the “Fat Controller”.

The Independent Press Standards Organisation has upheld a complaint against the Daily Record after it reported on a routine licensing check by police and council staff at the offices of Glasgow Private Hire.

IPSO sided with complainant Steven Malcolm’s claim that it had been inaccurate for the Record to use the term “swooped” in relation to the check on his firm.

However the watchdog dismissed a second complaint that the newspaper’s use of the term ‘Fat Controller’ wrongly implied that Mr Malcolm was involved in organised crime.

The Record story reported a source who claimed officers had “turned up out of nowhere” and that a “crisis meeting” had been called as a result, but Mr Malcolm said the meeting had been “pre-arranged” and “routine”.

He said it was bizarre that the article had asserted otherwise, given that the council and police had both confirmed that it was a routine pre-arranged visit prior to publication, adding he did not believe he had been approached for a comment, which would have allowed him to make the facts clear.

However, given Mr Malcolm was not contacted prior to publication of this article, and as a gesture of goodwill, it offered to remove this article from its website and to publish an apology.

IPSO considered that the Record was unable to demonstrate it had taken sufficient care not to publish inaccurate information in reporting that the police had “swooped” on Mr Malcolm’s office, and this aspect of the complaint was upheld as a breach of Clause 1 (i).

However, a number of other complaints by Mr Malcolm about several other articles published by the Record and its sister title the Sunday Mail were rejected by the watchdog.

Among the complaints thrown out by IPSO was Mr Malcolm’s assertion that the Record referring to him as the ‘Fat Controller’ in some stories implied that he was involved in organised crime.

IPSO considered that it is not uncommon for newspapers to refer to people by nicknames, and the use of nicknames is not reserved for those involved in organised crime.