Three journalists have been recruited after an expansion of a reporting project involving the BBC and regional press industry.

The Local Democracy Reporting Service has officially been launched in Northern Ireland, almost two years after the scheme began taking on journalists across Great Britain.

A total of five-and-a-half full-time equivalent journalism roles will be created in the region, covering 11 council areas.

Jessica Black and Michael Kenwood, pictured, have already begun work in Reach plc’s Belfast Live newsroom under the scheme, while Tanya Fowles is at Newsquest title the Impartial Reporter. 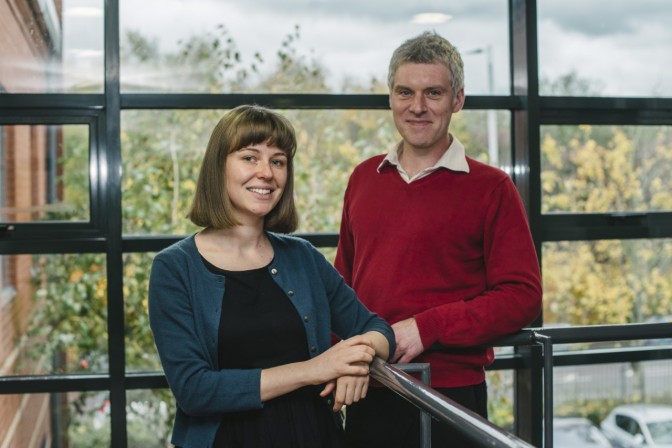 Further reporters will be based in JPIMedia newsrooms and are currently being recruited.

Jessica, who was the first reporter on the BBC-funded scheme to file a story from the area, said: “We all know how important the stories are that come from councils.

“Without Stormont sitting at the moment it’s even more crucial that journalists are covering Northern Ireland’s councils.”

In Northern Ireland, 11 news organisations representing more than 35 print, online and broadcast titles are currently registered as partners eligible to use the material produced by the reporters.

Belfast Live Editor Chris Sherrard said: “The Local Democracy Reporting Service is something we have watched with an envious gaze our colleagues in England, Scotland and Wales pursue with excellence since its implementation.

“Being part of that has been a goal of all those in Northern Ireland who hold the virtue of scrutinising local government dearly.

“We’re delighted to be at the point we are now where that process can begin in earnest.

“The real beneficiaries of this, of course, will be the people living in these council areas who will now get to read about everything that is relevant to them and their lives.”

BBC Northern Ireland head of news Adam Smyth added: “I’m delighted to see the LDRS get off the ground in Northern Ireland. The level of co-operation it has fostered between the BBC and the local newspaper industry here is unprecedented and can only benefit local democracy.

“I have no doubt the scheme will advance public service journalism and I look forward to the community gaining greater insights into the workings of our district councils.”