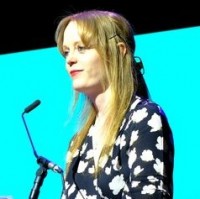 An editor is set to take up the chairmanship of a charity which was revived with the help of a former regional daily news chief.

Helen Dalby, senior editor and head of digital for Reach plc in the North-East of England, is taking up the post with the Sunshine Fund, which raises money to buy specialist equipment for children with disabilities in the region.

Helen, pictured, takes over from Martin Soloman, who played an integral role in reviving the Sunshine Fund in 1994 with Neil Benson, who was the then-editor of Newcastle daily The Chronicle.

Martin had chaired the charity since 2001, while Helen has been a trustee since last year.

She said: “It’s an honour to step into the role of chair of the Sunshine Fund and I do so with great pride.

“The long-standing connection between the Chronicle and the Sunshine Fund means an enormous amount to me, and my team care very deeply about its work.

“We promise our supporters and our Sunshine families that the Chronicle will continue to do everything it can to champion this vital cause.

“We are hugely grateful to Martin for his leadership, dedication and wisdom over the last 25 years. He will be much missed.”

Martin said: “In 1994, then Evening Chronicle editor Neil Benson and I, and others, planned a revival of the Fund to raise funds for specialist equipment for North-East children with disabilities. I became chair in 2001.

“The team – it’s a team ethos, including the invaluable involvement and support of the Chronicle – can be proud of what has been achieved, while committed to doing more.”