A regional interest magazine is celebrating its 80th anniversary by offering the readers the chance to buy it for its 1939 price.

Dalesman reaches the milestone this week, and is giving 80 people the chance to subscribe at the original price of just 17p to mark the occasion.

The May issue will also include a free souvenir copy of the very first Dalesman from April 1939.

The magazine was first published, in April 1939, from the front room of a cottage in Clapham, in the Yorkshire Dales. Among those to congratulate Dalesman on its anniversary has been Her Majesty The Queen. 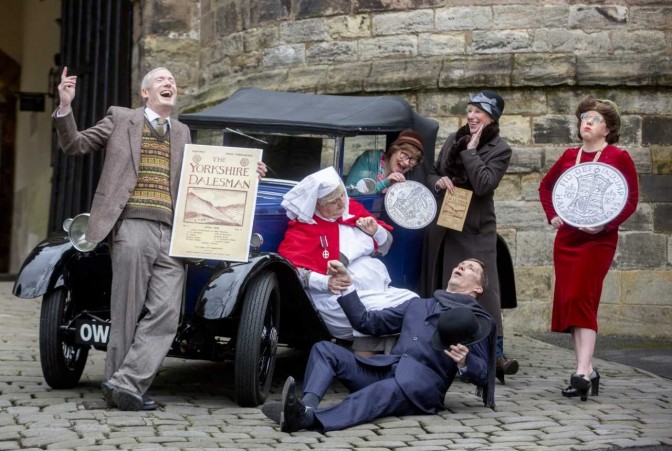 A letter from Buckingham Palace to the magazine reads: “Her Majesty… has asked me to send her warm good wishes to you all for a most memorable anniversary.”

At the launch of the anniversary subscription offer, Dalesman staff dressed in 1930s costumes and enacted a scene showing the managing director collapsing with shock at being informed of the offer by editor Adrian Braddy.

Said Adrian: “At Dalesman, we pride ourselves on doing things a little differently and I can’t imagine anyone else offering their magazine subscriptions at wartime prices.

“As we celebrate our 80th anniversary, we are all very proud that, while remaining an independent, Yorkshire-based publisher, we are still the best-selling regional magazine in the UK.

“And, in challenging times for all print publications, we continue to evolve and innovate, and have lots of exciting plans in the pipeline for the future.

“Ultimately, though, our aim remains the same as it always has – to celebrate the very best of Yorkshire.”