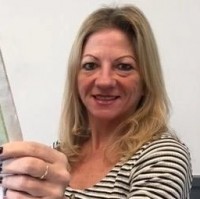 A regional daily has won praise from the government for the way it handles coverage of far-right extremism on its patch.

The Commission for Countering Extremism has hailed the Sunderland Echo as a “trusted voice” and praised its “thoughtful approach” in terms of how it responded to a series of far-right protests since 2016.

Rallies were held in Sunderland after the Crown Prosecution Service decided there was insufficient evidence to launch a prosecution over claims “a woman had been gang raped by a group of Middle-Eastern men”.

The issue was compounded in the first campaign by the alleged victim identifying herself on social media but not waiving the right to anonymity with the criminal justice agencies, and a new report by the Commission has explored the legal difficulties faced by the Echo in the wake of the allegations and how social media disinformation proved “impossible to counter for a considerable time”.

The report states: “As part of our research for our case study in Sunderland, we met the managing editor of the Sunderland Echo. Sunderland has a recent history of far-right marches and the Sunderland Echo has always made a point of refusing to give coverage to them out of an abhorrence of what they represented.

“However, when an issue arose that was so newsworthy that it made publication irresistible, the team at the Sunderland Echo considered how to report it very carefully. In the end they did not report, although they did publish some quotations from the campaigners.

“When they explained their thought process to us, we were impressed with the level of detail that their considerations went into. We are sure that many if not most journalists behave in a similar way prior to publication.”

The report went on to criticise other media reporting of different kinds of extremism, especially in relation to their coverage of Islam.

It adds: “We urge those that work in traditional media to ensure that they undertake due diligence on their sources and guests as rigorously as possible; check whether they are portraying individuals as spokespeople for entire groups, and that they are consistent in their reporting of extremist incidents.

“We also call on the media to refrain from gratuitously republishing extremist propaganda or titillating detail about terrorist or extremist incidents that might inadvertently promote the beliefs or glorify the actions of those involved.

“Extremists such as Anjem Choudhary were often given a platform by media and broadcasters. His organisation, the first UK-based proscribed Islamist group ALM deliberately engaged in provocative campaigns known as ‘media jihad’ to gain notoriety. Whilst reporting on this behaviour was to be expected, excessive reporting can reinforce opposing extremist views.

“Former EDL organiser-turned-counter-extremist, Ivan Humble, said that it was ‘Anjem Choudhary on the talk shows, chat shows and newspapers’ which led to him holding far-right views. Humble complained that it was too often Choudhary that was the ‘go-to Muslim’ for the media even after the horrific murder of Lee Rigby in 2013.

“As the example of the Sunderland Echo showed, there is a delicate balance that must be struck by media organisations to report on such incidents.”

Joy Yates, pictured, editorial director for Echo publisher JPI Media North East, said: “With any criminal case and where allegations of criminal activity are made, the Echo, along with other media outlets, has strict legal guidelines that must be followed.

“We were pleased to see in the Commission’s report that the Echo was recognised as a trusted voice and commended for the thoughtful approach it took when reporting on this matter.

“Our audiences expect the highest standards from our staff and it is our duty to and responsibility to always adhere to the legal guidelines that are in place.”