The world’s oldest press club has launched a network for young journalists studying and working in the region it serves.

The Birmingham Press Club has announced the formation of the young journalists network, which is open to young and aspiring media and communications professionals across the Midlands.

The group’s next meeting at 7pm tomorrow at The Old Crown, in Digbeth, Birmingham. 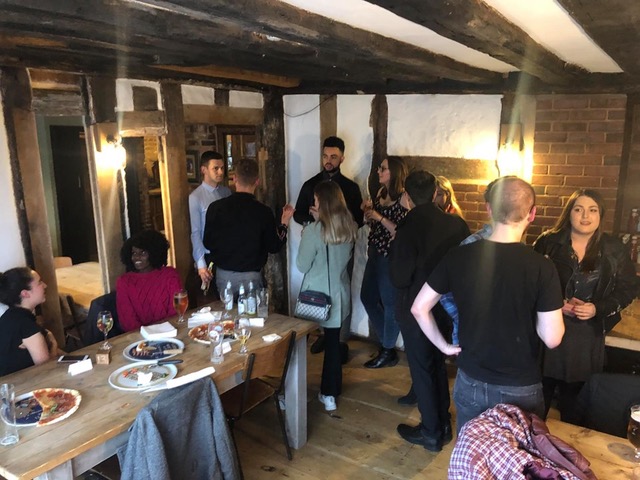 Members of the network at its launch meeting last month

Network organiser and Press Club member Lewis Warner, a former Staffordshire University media student who is now a journalist at ITV Central, said: “Our monthly get togethers enable young journalists to talk and debate where the industry is heading and how best to embrace new media.”

Press Club chairman Llewela Bailey added: “Establishing links with media students and young journalists is a key factor in the continuing existence of the Press Club.

“We are delighted that such an initiative as the Network group is proving so popular.”