A weekly newspaper has run a special edition to raise awareness of baby loss – an issue close to the heart of its newsroom.

The Bishop’s Stortford Independent has marked Baby Loss Awareness Week with a colourful front page and a four-page feature highlighting the stories of three mothers whose children had died before, during or just after birth.

The feature was written by news editor Sinead Corr, a mother of four whose third child, Ciaran, was stillborn on New Year’s Day 1995.

Sinead has also written about her loss for the special edition. 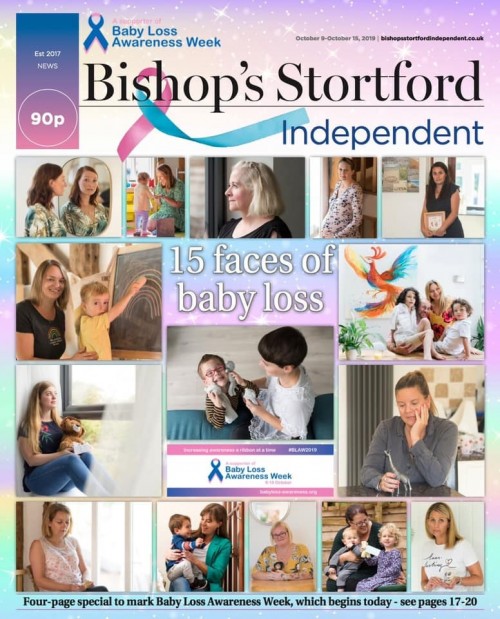 The idea for the front page came about after the East Herts branch of stillbirth and neonatal death charity Sands approached the Independent about the possibility of using its high street shop window for its photographic project ’15 Faces of Baby Loss’, which had been undertaken to coincide with the event.

The project aims to highlight the fact that 15 babies die before, during or just after birth in the UK each day.

The window had been booked already by another group for this week so editor Paul Winspear suggested replicating it in a double-page photo spread in the paper, as well as online, instead.

Paul told HTFP: “Sinead’s own experience of baby loss meant that she was able to convey the full impact of the three Sands mums’ stories with authenticity as well as with her usual sensitivity and strong sense of storytelling.

“She carried out an emotionally tough job really well.

“It’s a measure of the reputation that the Indie has for basically caring the community that all three mums felt able to come into our high street office, to bare all and trust us to tell their really personal stories in the way that we have.” 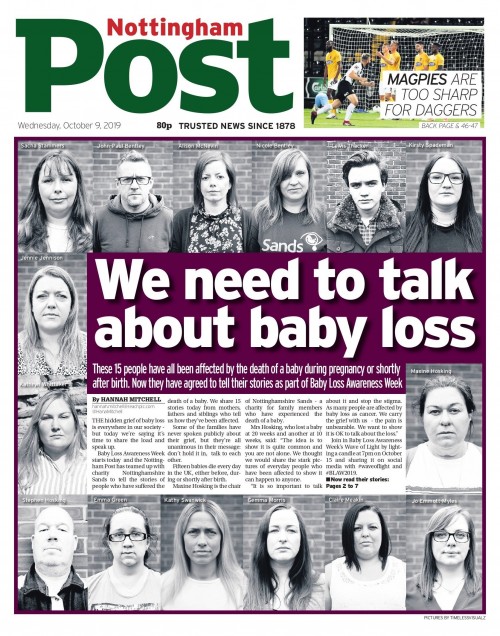 The Post published the photos of 15 people from its patch affected by baby loss on its front page, and carried their stories inside the paper.