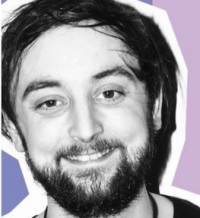 A man went to the press watchdog after a daily newspaper alleged he was “involved in advertising drug-fuelled weekly events” at a club night.

The Record reported that Mr Markey was part of a group advertising the events and further claimed he specifically “promotes the unlicensed night-time activities.,

But complaining to IPSO under Clause 1 (Accuracy) and Clause 2 (Privacy) of the Editors’ Code of Practice, he said he had a minimal relationship with the club in question and was in no way responsible for the events or for any illegal activity.

Mr Markey also said that, contrary to the article’s claims, no attempt was made to contact him, while the article intruded into his privacy and could not be justified in the public interest.

Denying a breach of Code, the Glasgow-based Record did not accept that it was inaccurate to report that Mr Markey was partly responsible for the club night as its Facebook page listed him as Admin and Moderator.

The paper also claimed that the reporter telephoned him and visited three addresses registered to a ‘John Markey’.

During IPSO’s investigation, the Record offered to add a statement from Mr Markey to the article putting his position on the claims on record.

This resolved the matter to his satisfaction, and IPSO therefore did not make a determination as to whether there had been any breach of the Code.