More than 150 journalism students from across the country are set to broadcast through the night as they cover election results in the area where they study.

Student journalists from up to 25 Broadcast Journalism Training Council-accredited universities around the country will be joining forces on Thursday to broadcast election results.

Working through the night, the students will be phoning in interviews and the latest results from election counts throughout the UK, contributing to eight hours of coverage on Northampton community radio station NLive as well as a number of student radio stations.

Northampton students will be producing and presenting the programme, as well as reporting on their own local counts, while students from more than 20 other universities from across the UK will also be phoning in their results to the show. 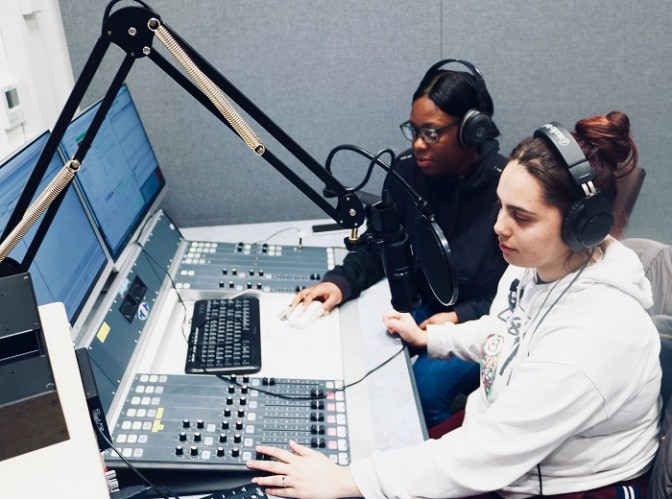 The programme will be hosted and coordinated by students from the University of Northampton, under the guidance of BJTC board member and Senior Lecturer, Kate Ironside, a former Westminster lobby journalist.

Said Kate: “This is a fantastic opportunity for our students to produce, present and report on the most important General Election in several decades.

“They will be essentially mirroring the BBC’s nationwide election operation, from the NLive studios here in Northampton.

“This will ensure each of our students taking part will have real-world election reporting on their CVs, which will give them a competitive edge in the broadcast journalism jobs market.”

NLive Station Manager Martin Steers added: “It’s fantastic that NLive is playing host to a national show which really shows the power of community radio and working in partnership with a great university and its journalism department.

“We look forward to hearing student and community voices throughout the night giving the people of Northampton comprehensive coverage of the election.”

NLive broadcasts across Northampton on 106.9 FM, and worldwide online at nliveradio.com as well as smartphones and smart speakers via the TuneIn app.

The election results programme runs from 10pm on Thursday the 12th to 6am on Friday the 13th of December and is available for other stations to simulcast.