A High Court ruling that two councils must stop publishing a fortnightly newsletter has been applauded by local publishers.

But in a ruling issued on Friday, the High Court backed the minister, with the presiding judge saying the publications were taking up advertising revenue which would otherwise be available to local media.

The decision has been warmly welcomed by both the News Media Association and the Independent Community News Network which represents hyperlocal publishers. 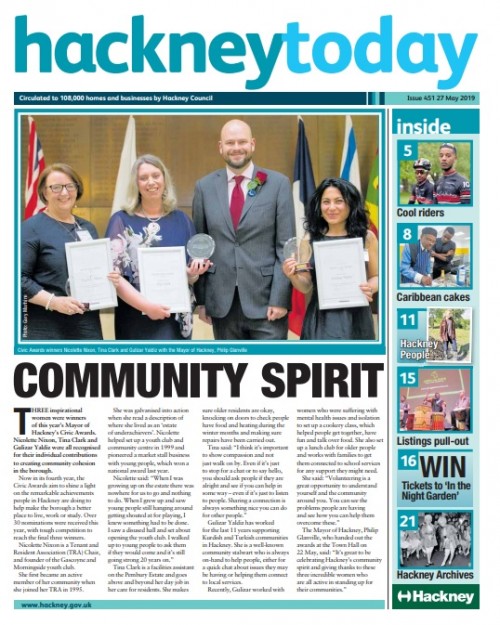 According to a report on the latest judgment by Hackney Citizen local democracy reporter Ed Sheridan, Hackney Council claimed the original decision had lacked proportionality and was an abuse of power by the Ministry for Housing, Communities and Local Government.

The authority was joined in its fight by Hackney resident Christine Moore, who argued that lack of access to a fortnightly council freesheet was a violation of her rights.

But in her judgment, Mrs Justice Andrews DBE agreed with the minister saying: “What matters here is whether it was rationally open to a decision maker to conclude that if an advertiser who was going to use a print medium had the choice between placing his advert in a free newssheet delivered to all households every fortnight, or in a paid-for newspaper that appeared weekly, he would be likely to opt for the former. Plainly it could.”

It is not clear whether the councils will now stop publishing their titles fortnightly as a result of the ruling.

Newsquest chief executive Henry Faure Walker, who is also vice chairman of the News Media Association, said after the judgment: “Both our politicians and now the courts have explicitly acknowledged the damage that taxpayer-funded council newspapers inflict upon local democracy and said they should be stopped.

“Wherever they operate, council newspapers pose a direct threat to the sustainability of local journalism by competing aggressively with independent newspapers for audiences and advertising. If the councils who publish them refuse to act, then government must step in to shut down these publications. Local Government should be working to support local news publishers, not undermine them.”

The ruling has also been welcomed by Matt Abbott, communications and project officer for Cardiff University’s Centre for Community Journalism and hyperlocal trade body the Independent Community News Network.

He told the Citizen: “This judgment is great news for independent community news publishers. The decline of local newspapers has meant many independent publishers are faced with a myriad of issues. Not least among their difficulties is a lack of funding.

“Having to compete with a local authority for a share of traditional advertising revenue could have been the nail in the coffin of many of these titles.”

But Mayor of Hackney Philip Glanville told the Citizen: “We’re disappointed with the outcome of the judicial review. Taking legal action was not something the council did lightly.

“However, our priority has always been about informing and empowering our residents, as well as making the most of our reduced funding, and we believe the strong case for continuing fortnightly publication of Hackney Today justified this judicial review.”

He added: “We have always disputed the government’s argument that council publications are damaging to local newspapers. Hackney Today publishes content our local press would not.

“Forcing Hackney Today to publish just four times a year will not herald a return to some golden age of local newspapers. It will just mean less money for council services, and risks residents being less aware about what’s going on in the borough, less aware of opportunities which could benefit them, and less aware of the fantastic diversity which makes Hackney so special.”

HTFP has approached Waltham Forest Council for a comment.