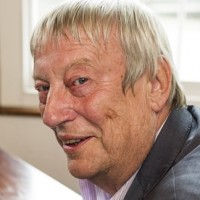 A regional daily editor whose career spanned more than 40 years has died of cancer aged 66.

Tributes have been paid to Graham Cole, left, who was a “long-term” editor at the KM Group’s former dailies the Evening Post and Kent Today.

Graham also worked at Gulf Mirror in Bahrain in the Middle East and was former evening service editor for PA News.

He left journalism in 2002 and finished his career at Gravesham Borough Council, where he was a press officer between 2006 and 2016.

Retired photographer Roger Vaughan, who worked at the KM Group for 22 years, told Kent Online: “He was a really great guy, who was very good to his colleagues.

“When he retired about two years ago, we were chatting about one all-night stint that we did at the outbreak of the Gulf War, when we put together a front page. It shows his dedication really. He was a remarkable man, and a very clever journalist.”

KM Group chairman Geraldine Allinson added: “I am sad that Graham lost his battle with cancer. There are many people who were colleagues of his over the years who will remember him fondly.

“At KM he was a well respected editor who always understood what his readers wanted to know. He also encouraged and helped those in the company that had talent and commitment to the team and his newspaper.

“Kent is a poorer place without him. He will be missed and our thoughts are with his family and friends.”

In 2015 Graham wrote The Last Punter, a “racy” novel about a man who makes the transition from journalist to press officer.

Some elements of the book drew on career experiences and conversations he’d had with politicians and journalists, but Graham said the main character Gary Clarke “has a far more interesting life than I have”.

“I will always be grateful to him for investing his trust in me. He was a great role model as a journalist and editor as well as a friend. He will be much missed by all those who had the pleasure of knowing him.”

Sarah Knight, senior media officer for Gravesham Council, added: “I worked with Graham for years, he had a story about everything, was fun, passionate and at times a grumpy sod but there was rarely a dull moment.

“He supported me and lots of others to further my career in communications for which I will always be grateful. Graham was a boss, teacher, mentor and a friend and often reminded me that if you are doing a job that you enjoyed as a hobby then you must be on to a winner.”