Former editor to run half-marathon in aid of hospice

A former weekly editor is running a half-marathon this weekend to raise money for the hospice which cared for his late mum.

Matt Cornish, pictured, is running the Hastings Half Marathon on Sunday in memory of his mum Chris Glasspool who died of cancer in January last year.

Matt, 42, is a former editor of both the Daventry Express and the Craven Herald and is now working as an account manager at AKA PR in High Corn Mill, Skipton, is running the Hastings Half Marathon in memory of his mum Chris Glasspool who died of cancer in January last year.

He will be joined by a group of family and friends with money raised going to St Michael’s Hospice in Hastings which provided care for his mother. 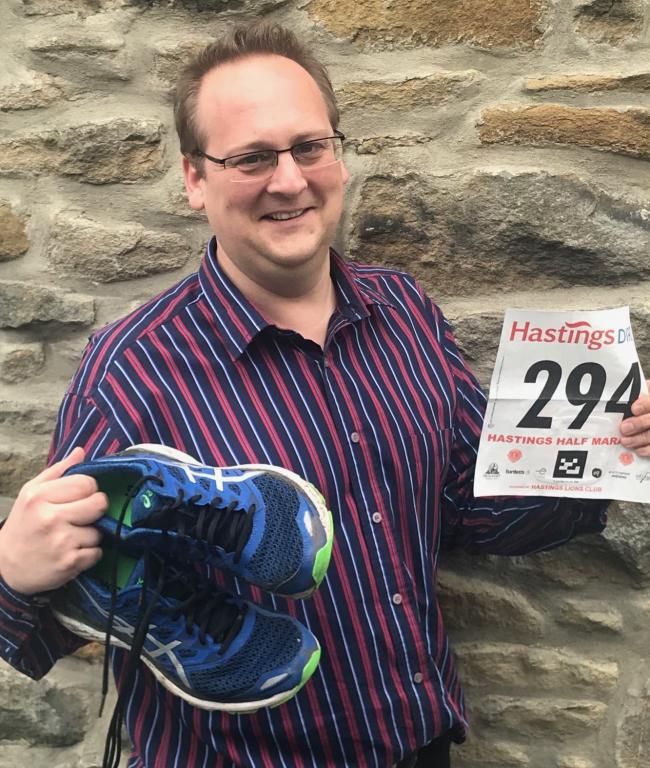 Said Matt: “Although it’s not a huge distance, anyone who knows me will probably raise an eyebrow at this as I’m not exactly athletic. I’m also known at my cricket club (Skipton CI) for being rather injury-prone. I can confirm that training has been a real challenge and incredibly painful at times.

“An added difficulty – particularly for first timers like myself – is that the first four miles of the Hastings Half are uphill.”

He added: “However, motivation hasn’t been a problem – the staff at St Michael’s were superb during a very difficult time for us, but like most hospices rely solely on donations to function.”