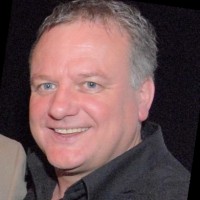 A former editor has returned to a senior editorial role with a regional publisher nine months after leaving a rival group.

Paul Richardson, left, has taken up a new role as commercial content editor at JPIMedia, based in Peterborough.

Paul had previously been group editor at a number of East Anglian weeklies run by JPIMedia forerunner Johnston Press, later switching to become group editor for Iliffe Media after the latter purchased 13 JP titles in 2017.

He left Iliffe by mutual consent in September 2018 and his role has not been replaced.

Paul edited the Grantham Journal and Melton Times between 2012 and 2015, also serving as group editor with responsibility for JP’s Lincolnshire titles.

“We wish him the very best of luck in his new role.”

Paul told HTFP: “I’m pleased to be back in a busy newsroom with an exciting opportunity doing something new.”