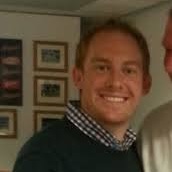 A former regional journalist has been tasked with helping Kensington and Chelsea Council “rebuild trust” with the public following the Grenfell Tower tragedy.

Nick Thompson, left, has been appointed head of communications by the council, which will see him lead a team of 13 people.

Nick began his career working on Archant newspapers in East Anglia between 2007 and 2011, before moving into PR as a senior media officer at Westminster City Council.

In 2016, he became press secretary to the minister for the Cabinet Office, before a brief return spell at Westminster.

He joined Kensington and Chelsea in 2017 as head of news.

Nick told PR Week: “We almost need to start again, which is a big challenge. I firmly believe we have a major role to play in helping the council and our staff rebuild trust with our communities.

“Good communication aids transparency, consultation and decision making – this is our main focus, but it will take time to get to where we need to be.”