A former regional daily journalist is set to become the first poet ever to perform at a well-known heavy metal festival.

Sophie Sparham, who used to work for Wolverhampton daily the Express & Star and Shropshire Star as an entertainments journalist, is set to appear at the Bloodstock festival, near Derby, on Friday.

Other acts appearing at the weekend-long festival include Anthrax, Scorpions and Parkway Drive.

Sophie, pictured, explained how her performance career came about in an interview with the E&S. 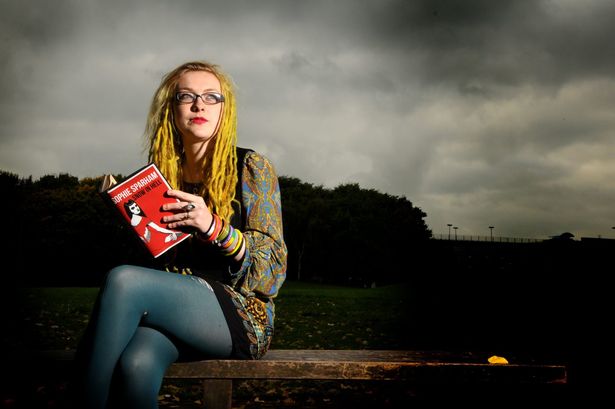 The 25-year-old said: “I wrote a poem called Napalm Death about how much I love that band, and they saw it and rung me up and asked me to gig for them.

“It means a lot to me. My partner Gez will be there to help and support me and he encouraged me to go self-employed with my poetry in the first place. So I’m very lucky to be able to share this with him.”

Sophie worked for the Midland News Association dailies from 2014 to 2015, and said much of her writing was inspired by the issues covered by her and her colleagues.

She added: “Seeing things in the newspaper makes you realise all the issues that are out there in the world.

“It made me want to use writing to benefit people and to help people. It was a great insight into what I could write about.”