An editor has criticised the government and police after a “secret” meeting was held on its patch following a bomb attack.

Mark Conway, who edits the Enniskillen-based Impartial Reporter, says a decision not to tell the local media about a visit to the town by Police Service of Northern Ireland Chief Constable Simon Byrne and Secretary of State for Northern Ireland Julian Smith was “an opportunity missed.”

Neither PSNI nor the Northern Ireland Office briefed local media or invited journalists to report on the visit.

The meeting, which took place last week, came 48 hours after a suspected New IRA attack at Wattlebridge, in County Fermanagh, and the week after the Reporter marked six months since it began an investigation into a child sex abuse ring which has seen more than 50 alleged victims come forward. 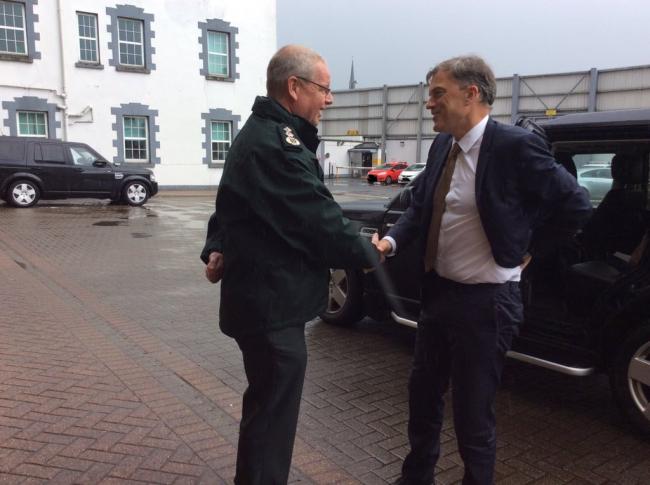 Editor Mark Conway told HTFP: “This was an opportunity missed by the new Chief Constable of the PSNI and the new secretary of state to get their respective messages across to the people of Fermanagh.

“Especially as our community is still digesting the horror of a dissident Republican bomb attack near the Irish Border, is in throes of what looks like a hard Brexit and a possible hard Border from a no deal Brexit and there is also a major ongoing PSNI investigation into historical sex abuse allegations which is being highlighted by this newspaper.

“By snubbing the local media they are simply snubbing this community which is very disappointing in these tense and uncertain times.”

A source close to Mr Smith cited security reasons for the local media not being invited to the meeting.

Speaking on Friday, the source added: “[Mr Smith has] been out and about lots this week speaking to those most affected by the lack of a [Northern Irish] Assembly at the moment.

“His focus has been on hearing directly from those people and he did some media today, answering questions on everything from Brexit to the lack of an Assembly. He is going to be out and about and happy to do media engagements.”