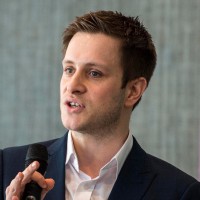 The launch editor of a digital-only news title has been appointed to the same role with a regional daily.

Graeme Brown, pictured, has been unveiled by Reach plc as editor of the Coventry Telegraph and its Coventry Live sister website.

Graeme has mostly recently been involved in the launch of Black Country Live, a digital news brand found on the Birmingham Live website which has its own editorial team and district office in Willenhall, near Wolverhampton.

He will continue to have oversight of Black Country Live in addition to his new role, which he has held on an interim basis since previous Telegraph editor Keith Perry left to become head of communications at Coventry University earlier this year.

Said Graeme: “The Coventry Telegraph has always been a respected regional title that has punched above its weight on behalf of the people of Coventry and Warwickshire. The launch of Coventry Live has taken that to another level and it is a massive honour to be given an opportunity to lead that.

“I knew before I came that it was a young, dedicated and talented team and in the past month I have seen that first hand. I look forward to continuing to work with them.”

A graduate of Coventry University, Graeme began his career as a business reporter on Stoke-on-Trent daily The Sentinel in 2004.

He was promoted to deputy business editor in 2008, but moved the following year to become deputy regional head of business at BPM Media titles the Birmingham Post, Birmingham Mail and Sunday Mercury.

Graeme became head of business in 2013 and was promoted again to editor (agenda and business) two years later, before taking on the role of acting executive editor in 2016.

In recent times he has had a roving brief to focus on areas of development, including the launch of Black Country Live.