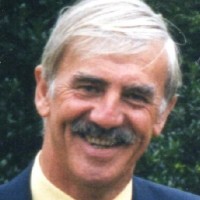 A former regional daily chief photographer known for being “dedicated and loyal” has died aged 74 after a short illness.

Tributes have been paid to Ian Swift, left, who worked for the Halifax Courier between 1973 and 2009.

After taking early retirement Ian cared for his wife Pat, a former editor of the Hebden Bridge Times and Todmorden News, who he outlived.

Prior to his time with the Courier, Ian had worked on the Spenborough Guardian from 1969.

Former Courier editor Edward Riley said: “He was a dedicated and loyal photo journalist whose first thought was to do a thorough and professional job, often under trying circumstances.”

Ian was born in Halifax and emigrated to Australia with his family when he was five.

He returned to England on his 17th birthday and initially worked as a trainee signalman at Halifax railway station.

Ian then joined the Duke of Wellington’s Regiment, but was discharged in 1964 with a perforated ear-drum.

He worked as a cutter and welder before joining the Guardian in 1969.