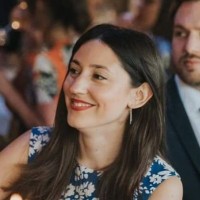 A regional journalist has been unveiled as the new political correspondent for Channel 4 News.

The national station has announced the appointment of Liz Bates, left, currently Westminster correspondent at the Yorkshire Post, to the role.

Liz took on her present post in January this year, and was previously a senior reporter at PoliticsHome.

The following month she exclusively revealed Labour MP Chris Williamson’s claims that his party has been “too apologetic” over anti-Semitism allegations.

Mr Williamson’s remarks subsequently led to his suspension from the Labour Party.

And earlier this month she secured an interview with Tory leadership candidate Boris Johnson after the Leeds-based Post ran an editorial criticising him for backing out of a previously planned chat.

In a post on twitter, she wrote: “Huge congrats to [Liz] appointed Channel 4 News political correspondent. Welcome to the team.”

The post prompted praise from other journalists including Sun political editor Tom Newton Dunn, who described Liz as a “good hire” and a “great talent”, while Sky political correspondent Kate McCann said she would “look forward to hanging out in central lobby together.”

Liz’s predecessor Michael Crick announced his departure in April after eight years in the role.