Business reporter who was ‘inspiration and role model’ dies aged 73 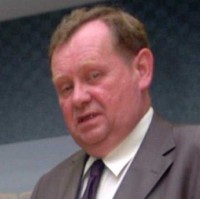 A journalist who worked as an industrial and business correspondent for two regional dailies has died aged 73.

Tributes have been paid to John Simpson, who worked for titles including Scarborough and District Newspapers, the Slough and Hounslow Evening Mail, the Hillingdon Mirror and Birmingham Post during his career.

He also had spells at the Hull Daily, Mail where he worked as industrial correspondent from 1978 until 1984, and the North West Evening Mail, where he began in 1994 and looked after the newspaper’s business content until his retirement in 2011.

John passed away at his home in Melbourne Street last month and former colleagues are planning to walk from the Mail’s Barrow-in-Furness office to his funeral as a mark of respect.

Former Mail editor Jonathan Lee told the paper: “This is such sad news. John was a brilliant person to work with and a pleasure to know.

“He was a dedicated, and hugely well-respected, journalist who was passionate about spreading the word about the success and innovation of businesses in Barrow, Furness and south Cumbria.

“He took great pride in the Barrow business community, and loved to tell you about a business which had developed technology which was being used all over the world.

“He was also a genuine, lovely guy, who had a big smile and loved to laugh. He will be sorely missed by all who knew him. Thoughts are with his family and friends.”

Another former boss, ex-news editor Jon Townend, said: “John’s unrivalled work ethic and dedication to his subject made him an outstanding business correspondent. The Mail was very lucky to have him.

“His contribution to the newspaper went far beyond his forensic knowledge of Furness industry. John was an excellent sounding board in the newsroom, the quickest to welcome a new starter and the kindest if things went wrong.

“He possessed a quiet dignity. I’m sure no-one who worked with John ever heard him utter an unkind word, not even about a press officer.”

Current chief reporter Amy Fenton worked closely with John in his last two years at the Mail as she looked to take over as business correspondent from him.

She said: “I loved to hear his stories from his colourful career as they harked back to the ‘good old days’ of newspaper journalism.

“After he retired I would meet up with him every couple of months for dinner or a brew at his house and he continued to serve as an inspiration and role model to me.

“Some of his former colleagues will be walking together to the funeral from the paper’s office as a mark of respect to an Evening Mail legend who was loved and respected by so many.”