A regional daily has announced a deal which will see its logo appear on the shirts of its local ice hockey team.

The Aberdeen Evening Express will sponsor the Aberdeen Lynx, who play in the Scottish National League.

The agreement will see the Evening Express become the team’s official media partner, providing coverage of the club in print and online.

Lynx chairman Martin Hill said he was “delighted” to enter into the new partnership. 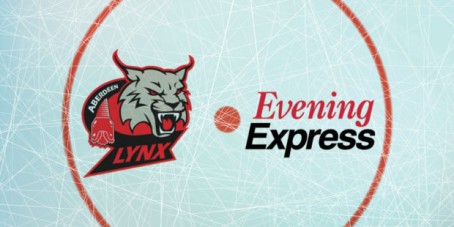 He added: “[The Evening Express] coverage of the club over the last few years has been a big help, I am sure, into making the Lynx one of the best-supported ice hockey clubs in Scotland and this new deal will help take that to the next level, featuring not just reports and stories about our SNL side, but also on our junior development programmes as well.

“As a club that is fiercely proud of it’s local roots and location, it makes absolute sense that we partner with a newspaper that shares such an ethos, and I’m sure our fans will look forward to the increased coverage we will receive with excitement.”

Evening Express editor Craig Walker said: “In our newspaper and online, the Evening Express strives to support and promote local sport. The Aberdeen Lynx are a real success story, attracting close to 1,000 people to their home games at the Linx Ice Arena and continuing to grow year on year.

“The ice hockey club’s senior side are second only to Aberdeen FC in terms of attendance in the north-east, and they also provide opportunities across the youth age groups.

“This partnership will see continued, unrivalled coverage of the Lynx’s matches and other news and we look forward to working with them throughout the campaign.”