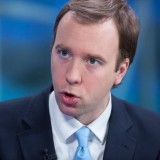 New Culture Secretary Matt Hancock has hit out at a “hammer blow to local press” after the House of Lords voted in favour of reviving legislation which could “bankrupt” regional newspapers.

Peers yesterday backed a clause mirroring Section 40 of the Crime and Courts Act, which was designed to force publishers to sign up to a ‘recognised’ system of press regulation.

The legislation would have seen media organisations having to pay the legal costs of both sides in libel and privacy cases, regardless of whether they win, unless they signed up to an approved press regulator under the government’s Royal Charter.

The revived measure, backed by a margin of 211 to 200, would see publishers not signed up to a state-approved watchdog pay both sides’ costs in relation to cases involving alleged data protection breaches, win or lose in court.

Mr Hancock, pictured, who was appointed to his new role by Theresa May in her cabinet reshuffle this week, has vowed to overturn the proposal in the House of Commons, and the Prime Minister has reiterated his stance.

He posted on Twitter: “This vote will undermine high quality journalism, fail to resolve challenges the media face and is a hammer blow to local press. We support a free press and will seek to overturn these amendments in the Commons.”

The Lords’ decision has also been criticised by the Society of Editors and the News Media Association.

SoE executive director Ian Murray said: “What an appalling image to send across the world where the UK is seen as a beacon of light for journalists and indeed populations fighting against repressive regimes whose first act of oppression is usually to close down a free media for fear of what it will expose.

“Yet here we are, the home of free speech and freedom of expression, and in our Mother of Parliaments we have peers with a full understanding of what they are doing voting effectively to put an end to investigative journalism, bully publishers into coming under state control and probably close down local newspapers for good.”

An NMA spokesman added: “Legislation intended to make our data protection laws fit for the digital age is being used as a backdoor route by peers to enforce state-backed press regulation and obstruct investigative journalism, diminishing the public right to know.

“Hundreds of national and local news media editors and publishers across the UK are united in their fierce opposition to these cynical attempts to establish a costly and unnecessary, taxpayer-funded statutory public enquiry into the wider media industry and to introduce another punitive version of crippling Section 40 costs sanctions, enforcing state licensing of newspapers and inflicting huge damage on a free press.”