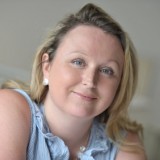 A national freelance journalist has taken up a new role as a business writer at a regional daily.

Jessica Hill, pictured, has taken up the post with the East Anglian Daily Times after seven years freelancing.

Jessica has previously written for The Sun, Daily Mail, and The National newspaper in the United Arab Emirates, as well as South Essex daily The Echo.

She trained at the University of Brighton, and also previously worked as a patch reporter covering Dartmoor National Park for the Exeter Express & Echo.

The 39 year-old said:”“I’m very much looking forward to touching base with local business people, and hearing about the key issues that are affecting industries in this region.

“Whether that’s celebrating local businesses achieving their key milestones, hard-hitting news about job losses or creation, or the impact of Brexit on a local level, I’ll be reporting on the stories that count.”