A special publication commemorating 100 years since the end of the First World War has been produced by a regional daily.

The Newport-based South Wales Argus has brought out its supplement, which went on sale yesterday.

The 40-page supplement has been produced in conjunction with the Gwent branch of the Western Front Association.

The supplement is on sale for £1, with 20pc of the takings being donated to the Royal British Legion Poppy Appeal in Gwent. 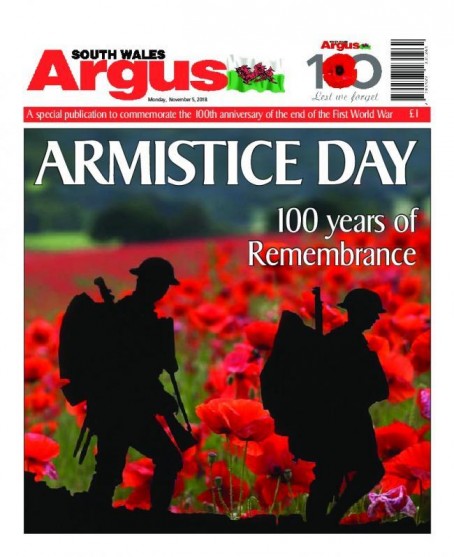 Argus editor Nicole Garnon said: “The supplement has been created thanks to a collaboration between ourselves and members of the Gwent branch of the Western Front Association.

“As such it features the stories of many local people who were involved in the First World War.”

She added: “We are delighted to be able to support the Royal British Legion which has been doing so much good work for so many years.”