A council has been criticised after banning journalists from a discussion on a fraud investigation involving a former employee of the authority.

Dundee-based daily The Courier was barred from a meeting of Perth and Kinross Council’s audit committee on the grounds that the individual in question might be identified if the issue was discussed in public.

Prior to the meeting, The Courier had reported that the missing money, totaling more than £12,000, had gone unnoticed for 15 months before a resident flagged up a problem and the theft was detected.

The total sum has been repaid and the cash office employee responsible, who no longer works for the council, has been reported to the police. 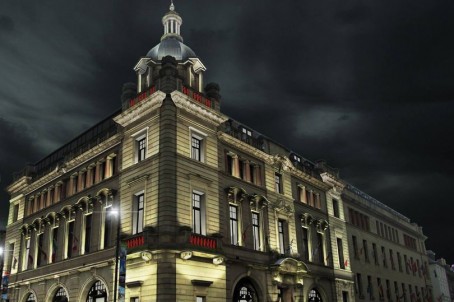 In a column about the issue, Courier reporter Jamie Buchan wrote: “We were told the decision was taken to ensure that no sensitive information was released that could jeopardise an ongoing – and possibly criminal – inquiry.

“On its own, that is an absolutely fair reason. Councils hold private discussions on a range of issues all the time.

“But it was the way the decision was executed that has caused eyebrows to be raised. It’s very unusual for an item to be withdrawn from the public agenda at the 11th hour.

“And in this case, it followed some discussion about how inaccurate news reports could harm the council’s reputation.

“Having said that, I can’t believe that this was a crude attempt to silence the press or punish us because they didn’t like our story. Badly handled, yes. But nothing more sinister or malicious.

“What is worrying though is that it could set a precedent for future meetings. A case of fraud, involving the theft of taxpayers money, is firmly in the public interest and people will rightly want to know how their cash was misused and what is going to be done about it.

“But if this were to happen again, I suspect the local authority will think about taking a different, more cautious approach, possibly even keeping all details of ongoing investigations private.

“And that would open the council to accusations of censorship and cover ups.”

The decision to exclude reporters and the public has also been criticised by Perth and North Perthshire MP Pete Wishart.

He told The Courier: “This is pretty alarming stuff. I understand the need to conduct some parts of the meeting in private if police investigations are still active, however to ban the press from an entire section of the meeting does nothing to reassure the public about the way the council manages allegations of fraud.

“Perth and Kinross taxpayers have a right to know that this is being dealt with properly and asking local reporters to leave the room just shines the spotlight further on this issue.

“I will be seeking further reassurances from legal services at Perth and Kinross Council about how this is being handled and about press access to meetings.”

The decision was made ahead of last Wednesday’s meeting following advice from Lisa Simpson, the council’s head of legal and governance services.

A statement released on behalf of Councillor Eric Drysdale, the convener of the authority’s audit committee, said: “In relation to the exclusion of the press and public, the grounds are set out in legislation which the elected members are familiar with, and also in the council’s standing orders. The decision by the committee at that time is final.”