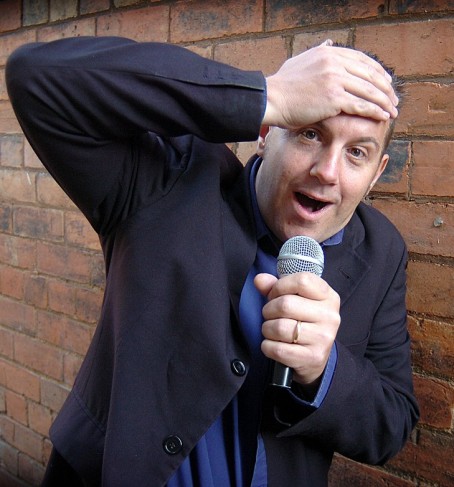 Stand up
Editor Tristan Harris will be performing comedy at Artrix. Photo by Marcus Mingins 3717010MMR

A weekly editor took to the stage at the weekend after accepting a challenge to try his hand at stand-up comedy.

Tristan Harris, who edits the Bromsgrove and Droitwich Standards, performed a ten-minute set at Bromsgroive’s Artrix arts centre on Saturday.

Tristan, above, said the set was based on his 16 years in local newspaper journalism and included characters he has met, situations he has been in and stories he has written.

He has also been writing a weekly feature about each workshop session to keep readers informed about how it has been going and about the highs and lows of being a stand-up comedian.

Tristan was approached two months ago by Worcestershire stand-up and poet Theo Theobald and invited to join his Comedy Skool which consisted of five weekly workshops.

As well as learning comedy techniques, Tristan, along with four others, wrote, edited and tested their material before Saturday’s live show.

Said Tristan: “I think there must be a lot of people who watch live comedy and wonder if they could do it before swiftly putting the idea to the back of their mind and burying it in their subconscious.

“And then the next time they watch some stand-up it happens again and they repeat the process over and over. I think sometimes you just have to say to yourself: ‘right, let’s give it a go and see what happens’.”