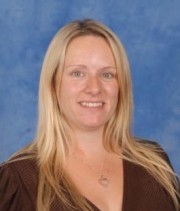 A former editor of a weekly newspaper who stepped down after going on maternity leave has left the title after 18 years.

Melanie West, left, was named editor of the Lincolnshire Echo in May 2014 having initially joined the then daily newspaper in 1999.

But after going on maternity leave the following year, Melanie decided to return to the paper in a different role.

She became head of niche publications at the title, now owned by Trinity Mirror, while Charles Walker was made editor.

Charles left the paper in February when the editor role disappeared in a management shake-up, and now Melanie has also left the business.

* Neil Drysdale has moved from the role of assistant news editor at the Press and Journal to become chief news features writer. Alistair Munro has also joined the P&J as a news reporter, having previously worked as Highlands & Islands Correspondent for The Scotsman and Scotland on Sunday.

* David Lord has been appointed acting deputy editor at Dundee daily The Courier.  He was previously assistant editor (news.)

* Hannah Baker has been named editor of the Bristol Post, succeeding David Clensy who left in August to join South West Business Insider. Krishan Davis, who had been acting up in the post, has now resumed his role as a reporter.

* The CN Group, which includes the North West Evening Mail and News & Star, Carlisle, has appointed Luke Diciccio as group business editor.  He will oversee all business related content across the CN Group brands, including its flagship business product in-cumbria.

* Robert Dalling has joined the South Wales Evening Post as a senior reporter from sister title the Llanelli Star.

* Katy Hallam has been appointed homepages editor of the Cambridge News, focusing on managing and updating the newspaper’s website.

* Ashley Preece as joined the Birmingham Mail as a reporter.  He was previously a reporter at the Great Barr Observer.

* The Press Association‘s deputy news editor Brian Hutton has left the agency and is now available for freelance commissions at thebrianhutton@gmail.com.

* Sarah Singleton has been made features editor of the Swindon Advertiser.  She was previously a reporter at the Wiltshire Gazette & Herald.

* Jonathon Dillon has been named syndication executive of the Manchester Evening News, having previously worked as northern news reporter at The Sun.