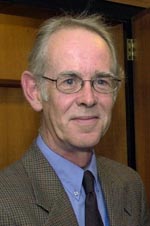 A long-standing regional daily journalist who worked for the same company for more than 35 years has died suddenly at the age of 64.

David Telfer worked as a business reporter at Aberdeen’s Press and Journal and was due to retire in March.

He had spent more than 35 years with Aberdeen Journals after starting with the company in 1973, initially working in the editorial supplements department for the Press and Journal and Evening Express.

David died on Saturday after collapsing while out at an Indian restaurant in his home town of Banchory with his son Ross and his son’s girlfriend and a post-mortem was expected to be held to establish the cause of death.

Editor Derek Tucker said: “David was one of the longest-serving current employees of Aberdeen Journals and there can’t be anybody in the business community in the north-east that didn’t know him. His knowledge of business and industry was second to none.

“His death is doubly tragic as he was due to retire in March.”

David joined the Press and Journal’s business desk in 1975 after spending time as motoring correspondent and was promoted to chief industrial correspondent before becoming business editor for three years.

He was then editor of North of Scotland Publications before returning to the business desk as a reporter in recent years.

He added: “He was a credit to his profession and always a pleasure to deal with.”

David, who was a keen golfer, is survived by his wife Moira, sons Ross, Robbie and Colin and daughter Lindsey.