A newsroom used by journalists across four regional dailies is set to close amid a plan to expand the number of “meeting spaces” available to its publisher’s staff.

Reach plc has confirmed it is closing its ‘hub’ office in Nottingham, meaning the group will no longer have a permanent newsroom in the East Midlands.

However the group says it is planning to open a new ‘meeting space’ for journalists in Nottingham and will also expand its other Midlands hub in Birmingham.

And it says it is also planning to create up to 15-20 other meeting spaces in offices owned by partner organisations, some of which are already in operation.

The Nottingham office at City Gate, pictured, was one of the 15 ‘hubs’ to survive Reach’s mass office closure plan announced last year, which came after a survey showed a majority of staff “found home working suited their needs”. 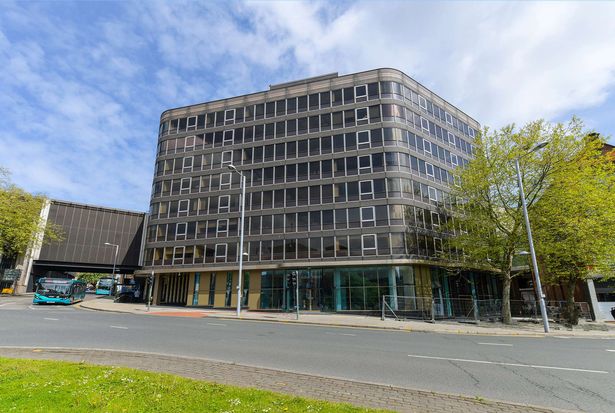 Its closure means Birmingham is now the only remaining hub in the Midlands – a region in which the publisher runs six daily titles.

Under the new plan, Birmingham is to become one of four ‘superhubs’ along with London, Glasgow and Manchester.

A Reach spokesperson told HTFP: “Following our staggered return to our offices and newly refurbished hubs over the last few months we’ve had the opportunity to see how our spaces work in practice and to decide how to best fill everyone’s needs as we fully transition to a hybrid way of working.

“The result of this analysis is that some spaces will be getting bigger, including Birmingham, and as part of that move we have decided to replace the Nottingham hub with a meeting space.

“Several other touchdown and meeting spaces have opened or will be opening in the coming weeks, meaning we now operate over 20 spaces for our colleagues around the UK and Ireland.”

The ‘touchdown spaces’ are smaller offices operated by Reach while the ‘meeting spaces’ are owned by partner organisations and being made available for Reach staff in some areas.

Under the new plan, the Leeds hub will be reclassified as ‘touchdown space’ along with Watford, Edinburgh and Aberdeen, but will remain in its current location.

HTFP has approached Reach for further information on where the other meeting spaces besides Nottingham will be based.

Yesterday’s annual results for the group showed that the office closure programme had generated one-off costs of £23.7m while also delivering savings in running costs.