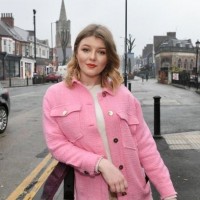 A regional journalist subjected to multiple threats has confronted a troll who branded her a “click-baiting scumbag”.

Susie Beever, of the Hull Daily Mail, decided to challenge one of her abusers after he also claimed a “monkey” could do her job.

Susie, pictured, has spoken out as part of an investigation she conducted into the problem after Humberside Police revealed reports of malicious communications have increased by nearly five times in as many years.

She tackled one troll who emailed her at 9.30pm on a Monday evening – ironically after she posted in a Hull Facebook community group on Facebook to ask whether anyone had experienced online trolling.

The man, who Susie has called ‘Colin’, wrote in his email: “You, a click-baiting scumbag failed attempt at journalism…you have nothing of value to offer the world.”

He added that a “monkey could do your job”, prompting Susie to respond and ask him why he was “angry enough to take the time” to make the remark.

In reply, Colin wrote: “Everyday I see nothing but lies, propaganda and deceit in the press. Everything is click-bait to sell advertising space.

“Hull Live, from the very few times I see it, even has click-baiting headlines about instances that occur in other cities.”

In a first-person piece about the encounter, Susie wrote: “I explained that news titles today face constraints and pressures today compared with 20, 15, even 10 years ago, and asked what kind of journalism he’d prefer to see. We don’t always get it right, and we don’t claim to. But we do try, I added.

“Colin and I continued to chat, and he explained for the last couple of years he had been turning to Twitter, YouTube and podcasts for his news, saying he didn’t trust media run by moguls.

“I sent him examples of stories I’d reported on in recent years, which he actually seemed to be impressed by. Some questions, meanwhile, he seemed to be hesitant to answer, such as the kinds of stories he’d like to see more of.

“My point in all of this, is that conversation is always the answer. Abuse is not.”

In her piece, she said she and Colin had “parted ways” after communicating via email for around a week.

Susie wrote: “Many of my colleagues, myself included, have received some hideous abuse over the years. Most of it is bored folk who love to post disparaging comments about my abilities as a journalist, point out human mistakes or mock the way I look.

“We’ve all been in situations before where we have been angry and needed a sounding board. So, if you’ve got this far down in this article, remember the following next time you’re about to hit ‘send’… What is it you are trying to achieve?”

HTFP reported in December how Susie had shared fears that anti-vaccination protesters may begin attacking regional journalists after being sent a “terrifying” threat, in which a reader warned her that journalists were “hung” at the Nuremberg trials.